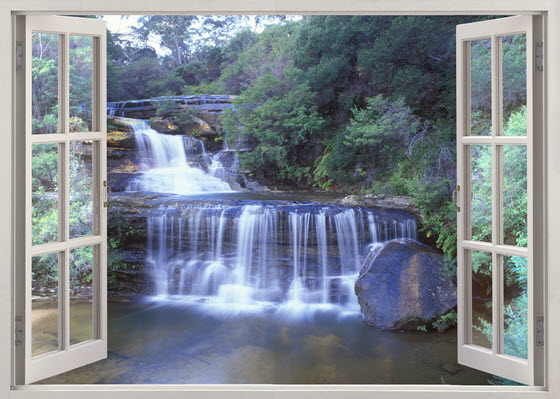 Google recently announced app streaming, where they can showcase & deep link into apps in the search results even if users do not have those apps installed. How it works is rather than users installing the app, Google has the app installed on a computer in their cloud & then shows users a video of the app. Click targets, ads, etc. remain the same.

In writing about the new feature, Danny Sullivan wrote a section on „How The Web Could Have Been Lost“

Imagine if, in order to use the web, you had to download an app for each website you wanted to visit. To find news from the New York Times, you had to install an app that let you access the site through your web browser. To purchase from Amazon, you first needed to install an Amazon app for your browser. To share on Facebook, installation of the Facebook app for your browser would be required. That would be a nightmare.
…
The web put an end to this. More specifically, the web browser did. The web browser became a universal app that let anyone open anything on the web.

To meaningfully participate on those sorts of sites you still need an account. You are not going to be able to buy on Amazon without registration. Any popular social network which allows third party IDs to take the place of first party IDs will quickly become a den of spam until they close that loophole.

In short, you still have to register with sites to get real value out of them if you are doing much beyond reading an article. Without registration it is hard for them to personalize your experience & recommend relevant content.

App indexing & deep linking of apps is a step in the opposite direction of the open web. It is supporting proprietary non-web channels which don’t link out. Further, if you thought keyword (not provided) heavily obfuscated user data, how much will data be obfuscated if the user isn’t even using your site or app, but rather is interacting via a Google cloud computer?

Is an app maker too lazy to create a web equivalent version of their content? If so, let them be at a strategic disadvantage to everyone who put in the extra effort to publish their content online.

If Google has their remote quality raters consider a site as not meeting users needs because they don’t publish a „mobile friendly“ version of their site, how can one consider a publisher who creates „app only“ content as an entity which is trying hard to meet end user needs?

We know Google hates app install interstitials (unless they are sold by Google), thus the only reason Google would have for wanting to promote these sorts of services would be to justify owning, controlling & monetizing the user experience. 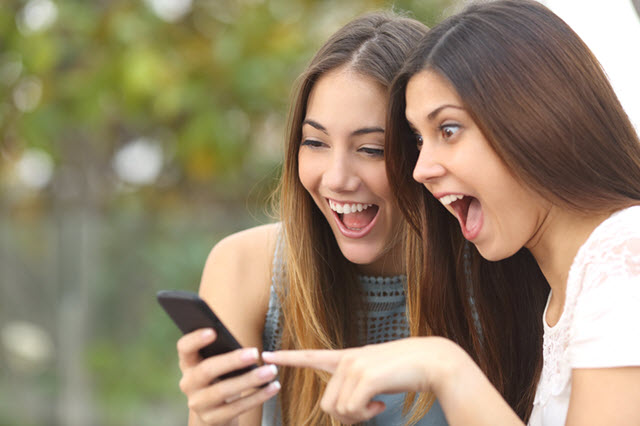 Apps are sold as a way to lower channel risk & gain direct access to users, but the companies owning the app stores are firmly in control.

Everyone wants to „own“ the user, but none of the platforms bother to ask if the user wants to be owned:

We’re rapidly moving from an internet where computers are ‘peers‘ (equals) to one where there are consumers and ‘data owners‘, silos of end user data that work as hard as they can to stop you from communicating with other, similar silos.
…
If the current trend persists we’re heading straight for AOL 2.0, only now with a slick user interface, a couple more features and more users.

The AOL analogy is widely used:

Katz of Gogobot says that “SEO is a dying field” as Google uses its “monopoly” power to turn the field of search into Google’s own walled garden like AOL did in the age of dial-up modems.

Almost 4 years ago a Google engineer described SEO as a bug. He suggested one shouldn’t be able to rank highly without paying.

It looks like he was right. Google’s aggressive ad placement on mobile SERPs „has broken the will of users who would have clicked on an organic link if they could find one at the top of the page but are instead just clicking ads because they don’t want to scroll down.“

In the years since then we’ve learned Google’s „algorithm“ has concurrent ranking signals & other forms of home cooking which guarantees success for Google’s vertical search offerings. The „reasonable“ barrier to entry which applies to third parties does not apply to any new Google offerings.

And „bugs“ keep appearing in those „algorithms,“ which deliver a steady stream of harm to competing businesses.

From Indy to Brand

The waves of algorithm updates have in effect increased the barrier to entry, along with the cost needed to maintain rankings. The stresses and financial impacts that puts on small businesses makes many of them not worth running. Look no further than MetaFilter’s founder seeing a psychologist, then quitting because he couldn’t handle the process.

When Google engineers are not focused on „breaking spirits“ they emphasize the importance of happiness.

The ecosystem instability has made smaller sites effectively disappear while delivering a bland and soulless result set which is heavy on brand:

there’s no reason why the internet couldn’t keep on its present course for years to come. Under those circumstances, it would shed most of the features that make it popular with today’s avant-garde, and become one more centralized, regulated, vacuous mass medium, packed to the bursting point with corporate advertising and lowest-common-denominator content, with dissenting voices and alternative culture shut out or shoved into corners where nobody ever looks. That’s the normal trajectory of an information technology in today’s industrial civilization, after all; it’s what happened with radio and television in their day, as the gaudy and grandiose claims of the early years gave way to the crass commercial realities of the mature forms of each medium.

If you participate on the web daily, the change washes over you slowly, and the cumulative effects can be imperceptible. But if you were locked in an Iranian jail for years the change is hard to miss.

These sorts of problems not only impact search, but have an impact on all the major tech channels.

iPhone autocorrect inserted „showgirl“ for „shows“ and „POV“ for „PPC“. This crowd sourcing of autocorrect is not welcomed.— john andrews (@searchsleuth998) November 10, 2015

If you live in Goole, these issues strike close to home.

And there are almost no counter-forces to the well established trend:

Eventually they might even symbolically close their websites, finishing the job they started when they all stopped paying attention to what their front pages looked like. Then, they will do a whole lot of what they already do, according to the demands of their new venues. They will report news and tell stories and post garbage and make mistakes. They will be given new metrics that are both more shallow and more urgent than ever before; they will adapt to them, all the while avoiding, as is tradition, honest discussions about the relationship between success and quality and self-respect.
…
If in five years I’m just watching NFL-endorsed ESPN clips through a syndication deal with a messaging app, and Vice is just an age-skewed Viacom with better audience data, and I’m looking up the same trivia on Genius instead of Wikipedia, and “publications” are just content agencies that solve temporary optimization issues for much larger platforms, what will have been point of the last twenty years of creating things for the web?

A Deal With the Devil

As ad blocking has grown more pervasive, some publishers believe the solution to the problem is through gaining distribution through the channels which are exempt from the impacts of ad blocking. However those channels have no incentive to offer exceptional payouts. They make more by showing fewer ads within featured content from partners (where they must share ad revenues) and showing more ads elsewhere (where they keep all the ad revenues).

So far publishers have been underwhelmed with both Facebook Instant Articles and Apple News. The former for stringent ad restrictions, and the latter for providing limited user data. Google Now is also increasing the number of news stories they show. And next year Google will roll out their accelerated mobile pages offering.

A decade ago, when Google pushed autolink to automatically insert links in publisher’s content, webmasters had enough leverage to „just say no.“ But now? Not so much. Google considers in-text ad networks spam & embeds their own search in third party apps. As the terms of deals change, and what is considered „best for users“ changes, content creators quietly accept, or quit.

Many video sites lost their rich snippets, while YouTube got larger snippets in the search results. Google pays YouTube content creators a far lower revenue share than even the default AdSense agreement offers. And those creators have restrictions which prevent them from using some forms of monetization while forces them to accept other types of bundling.

The most recent leaked Google rater documents suggested the justification for featured answers was to make mobile search quick, but if that were the extent of it then it still doesn’t explain why they also appear on desktop search results. It also doesn’t explain why the publisher credit links were originally a light gray.

With Google everything comes down to speed, speed, speed. But then they offer interstitial ad units, lock content behind surveys, and transform the user intent behind queries in a way that leads them astray.

At the same time, as Google „speeds up“ your site for you, they may break it with GoogleWebLight.

If you don’t host & control the user experience you are at the whim of (at best, morally agnostic) self-serving platforms which could care less if any individual publication dies. 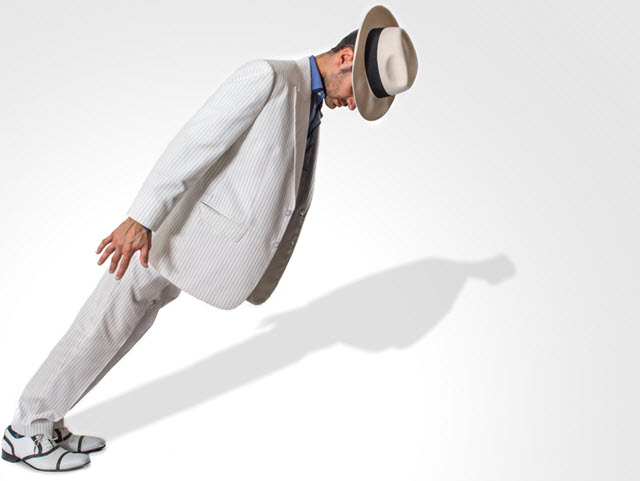 What was that old white hat SEO adage? I forget the precise wording, but I think it went something like…

Don’t buy links, it is too risky & too uncertain. Guarantee strong returns like Google does, by investing directly into undermining the political process by hiring lobbyists, heavy political donations, skirting political donation rules, regularly setting policy, inserting your agents in government, and sponsoring bogus „academic research“ without disclosing the payments.

Focus on the user. Put them first. Right behind money.